Not so long ago I wrote a post about the history of the tuxedo, accrediting the birth of this slinky eveningwear alternative to legendary designer Yves Saint Laurent.The fashion house conjures images of androgynous silhouettes and timeless Parisian cool, and is one of my most coveted luxury brands. 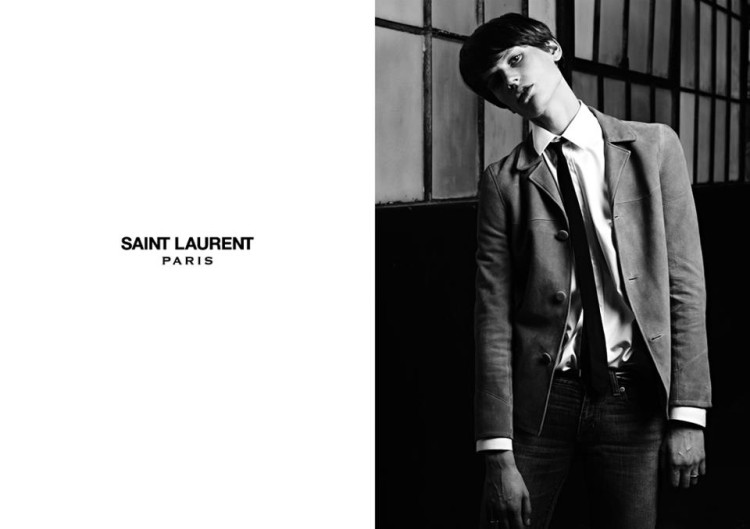 As you may have guessed, what I love most about the brand is their impeccable tailored pieces, which is why I am rejoicing the appointment of Hedi Slimane to Creative Director of Saint Laurent. However, my sentiment isn’t felt by all. With two womenswear seasons under his belt, the designer has been critiqued for dumbing-down the brands womenswear line into a high-street-esque version of its former self. Despite these harsh assessments, from a retail perspective Slimane’s arrival has been a success. Barney’s New York reported a 60 per cent sell-through on Slimane’s first spring collection. Meanwhile in menswear, barely two weeks into the spring season matchesfashion.com have reported waiting lists and sell outs from the runway collection. His menswear show in Paris a few days ago (his first since 2007 and his days at Dior Homme) was for all intents and purposes met with a big thumbs up (literally – it was all over instagram). 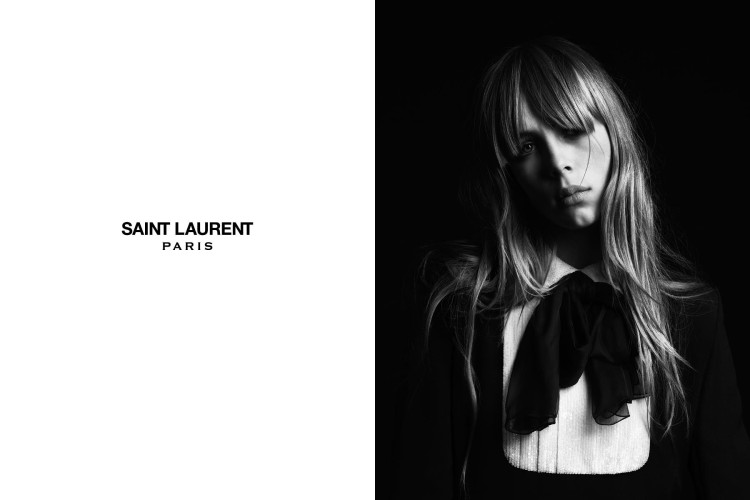 Slimane, in my opinion, is re-injecting the label with the sartorial sensibility for which it was formerly celebrated. Slimane worked in the menswear atelier of Yves Saint Laurent in the 90s, but the department closed a decade later leaving the birthplace of Le Smoking with no specialised tailoring department. Since his arrival in 2012, Slimane has created a new atelier. It’s essentially unisex, as the women’s suits are simply men’s in smaller sizes. The Saint Laurent menswear aesthetic is slimly cut and androgynous, so this gender-neutral approach to tailoring works well for the brand. Returning to the brands roots, of producing femme fatale suiting that empowers the wearer, Saint Laurent’s masculine chic aesthetic is ever present. As an insider reported, ” the idea is that if you’re a woman and you need a men’s suit, it has to be Saint Laurent, because tailoring is Saint Laurent, period”.

This Girl in Menswear approves. 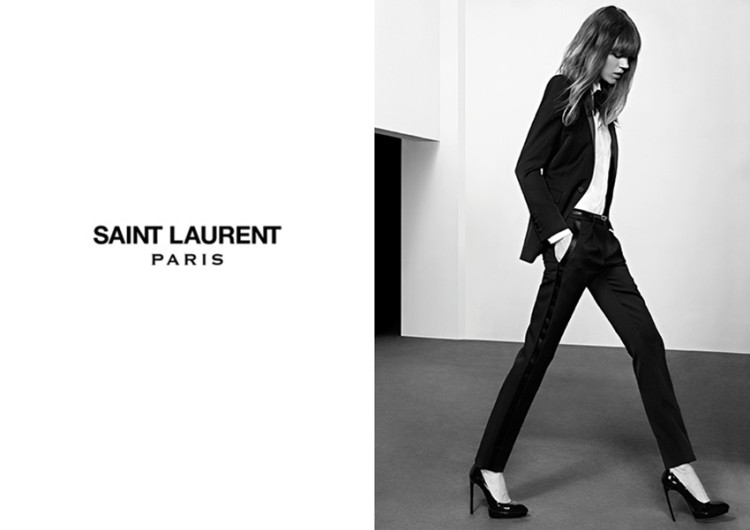