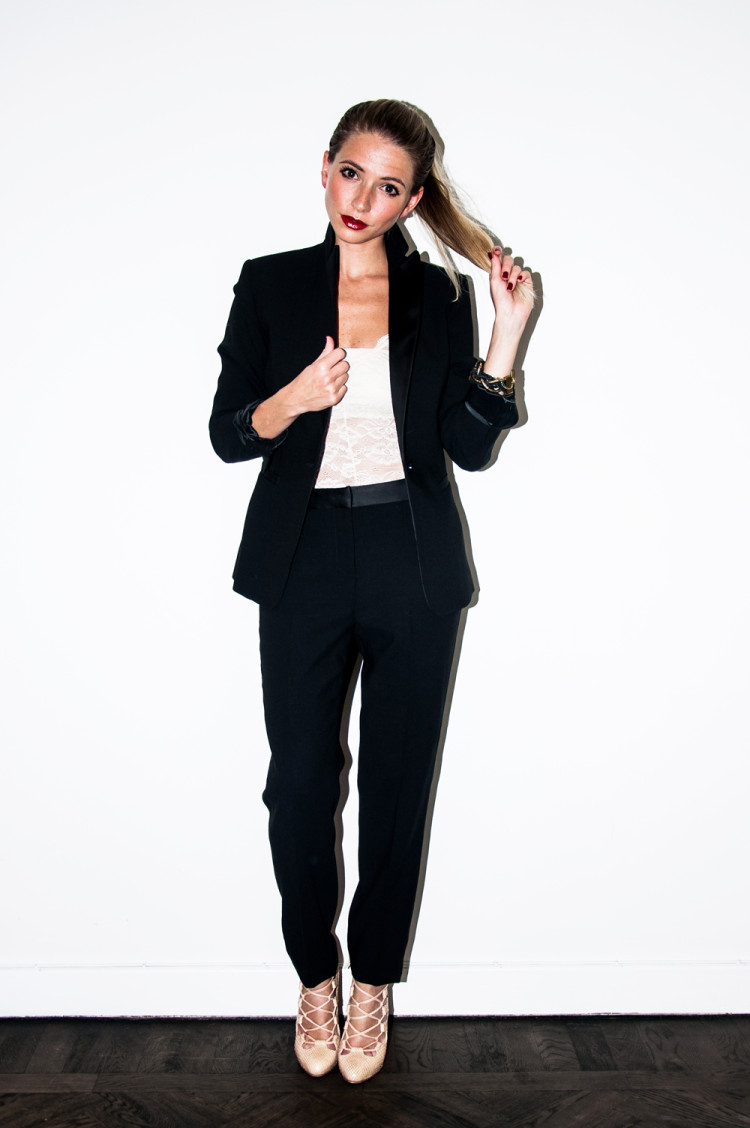 Christmas party frock season is upon us. Girls everywhere are grabbing their smallest and sparkliest little numbers for evenings of bubbles and dancing – so what’s a girl in menswear to do, hey? Throw in the well-tailored towel and grab an LBD? Or challenge the status quo and find an androgynous evening wear alternative? I say the latter.

This party season it’s all about the women’s tuxedo aka Le Smoking. It is not coquettish or flirty in the way that party frocks can be, but instead is an empowering and womanly look that is timelessly elegant. 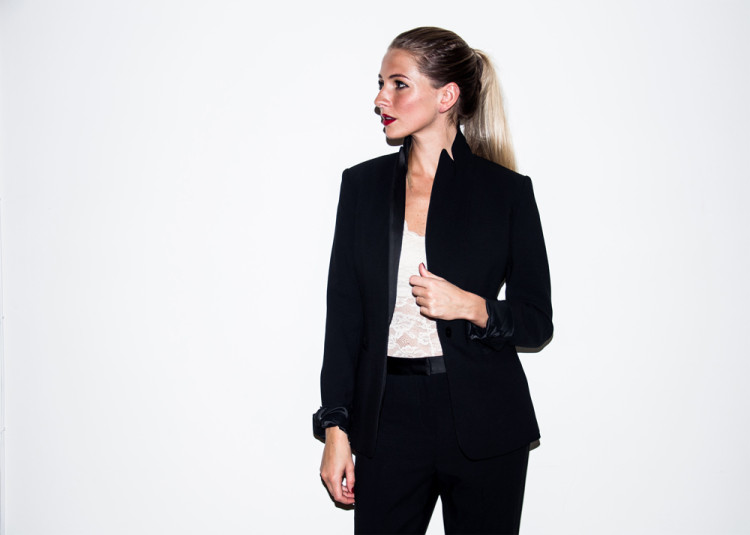 In the early 20th century it was CoCo Chanel that famously pioneered menswear for women, but it was Yves Saint Laurent who transformed the tuxedo into a classic, evening wear ensemble for ladies. Influenced by 1930’s screen sirens Marlene Dietrech and Greta Garbo, in1966 Saint Laurent created the first women’s tuxedo, christening the garment Le Smoking.

Le Smoking was revolutionary and risqué in a whole new way – Nan Kemper was famously turned away from Le Cote Basque in New York for wearing one, to which she removed her trousers and sauntered in to the restaurant in her jacket alone. 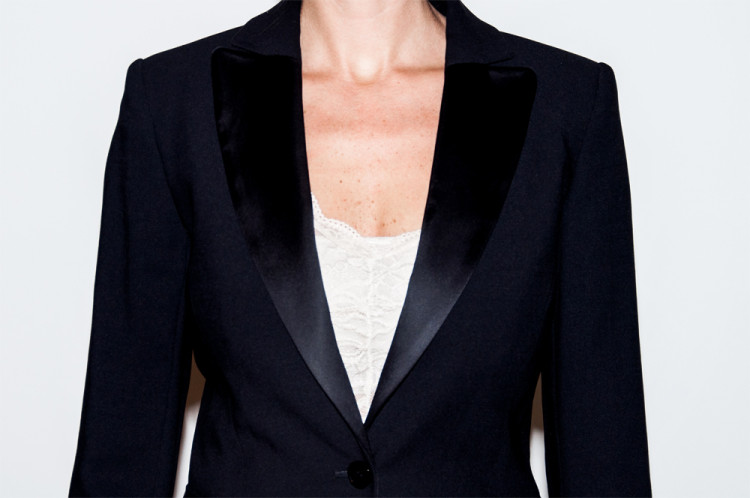 Le Smoking had a snowball affect; in the 1960’s French Vogue covered the ensemble extensively, recommending it be styled with big bouffant locks, whilst Helmut Newton captured his androgynous models on dimly lit Parisian streets with slicked back hair and mannish poses. Le Smoking was cropping up in varying guises throughout the 1970’s, spearheaded by the likes of Bianca Jagger, Liza Minelli, Charlotte Rampling and Catherine Deneuve who described it as being both “virile and feminine at the same time”. 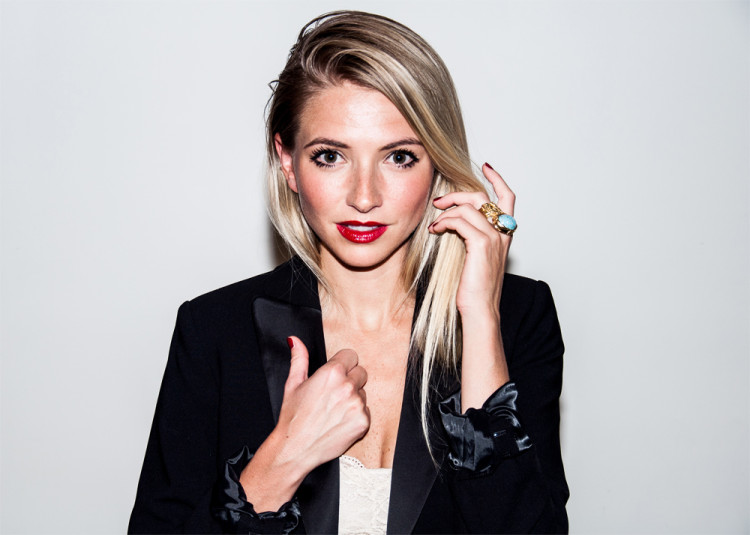 Gender-bending dressing at its best, today’s fashion forward folk continue to rock the tuxedo in its varying guises, with the likes of Lily Collins, Cara Delevingne, Alexa Chung, Kate Moss and Rihanna all recently wearing one.

Guaranteed to raise an eyebrow or two, the tuxedo is the ideal look for women looking to channel their inner femme fatale. Effortlessly chic this will be my go to look for party-season, as Yves Saint Laurent famously wrote “For a woman, le smoking is an indispensable garment with which she finds herself continually in fashion, because it is about style, not fashion. Fashion’s come and go, but style is forever.” 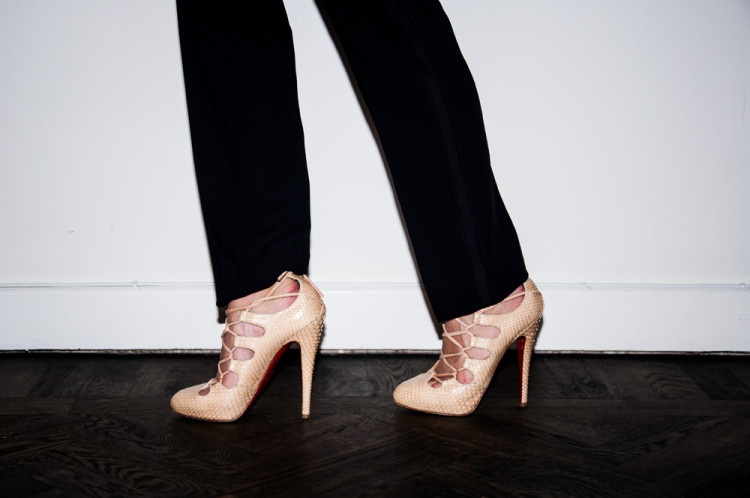 My tuxedo is courtesy of Reiss, and I’m wearing it with a nude lace leotard and bandeau, Yves Saint Laurent ring and Christian Louboutin stilettos.