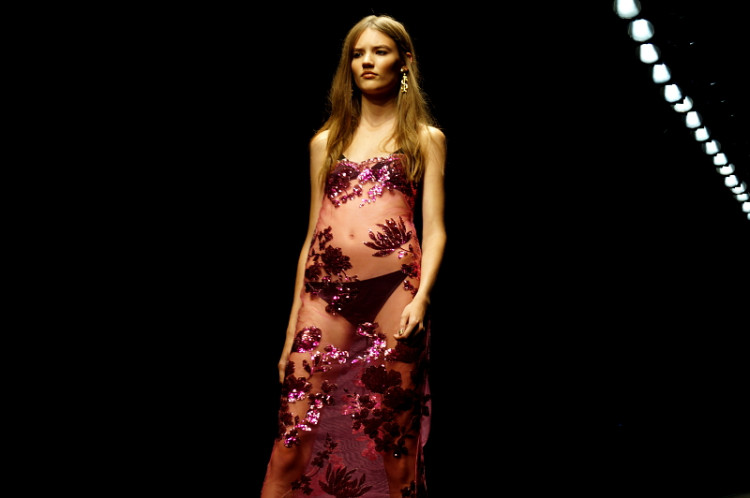 In many ways Ida Sjöstedt is the antithesis of Swedish design – it’s bright, gaudy, sparkly and as in your face as they come. Forget feminism for a second, this is the world of the Disney Princess come Katy Perry, and go figure the Scandis lap it up – who wudda guessed it hey?

For SS15 Sjöstedt is the “Queen of F*cking Everything”. In a 70’s inspired, throw-back-Thursday themed whirlwind of a collection, set to a medley of Britney Spears and Top 40 chart tunes, the models charged down the runway in a haze of sequins, ruffles, logo denim, hand painted sheer fabric, lace, microscopic skirts and even the occasional tiara. I hadn’t even caught my breath and suddenly we’d abandoned Disco Fever and “tacky” (press release words, not mine) to make way for bridal – or “bridezilla” (again, not my words.) 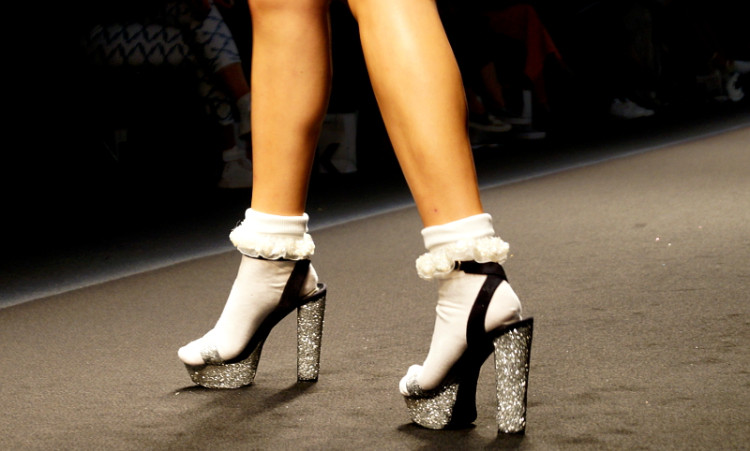 In fact the bridal section was probably the strongest, although I’m not sure if that’s because of my age or because I’d finally figured what the hell was going on, on the runway. Don’t get me wrong it’s not that I didn’t like it, if anything I was impressed by the abandonment of candy crush colours of yester-season in favour of something more intentionally gauche. Sjöstedt’s collection of trashy, selfie style pieces, bore a hint of the Matthew Williamson, which might mean the designer deserved more credit than I was initially willing to give her. Wearable? No. Ironic and Clever? Certainly.

So “attention whores”, “bimbos” and “skanks” line-up, line-up, this could be the collection you (#hashtag) L.O.V.E, and once I catch my breath, maybe (just maybe) I will too. 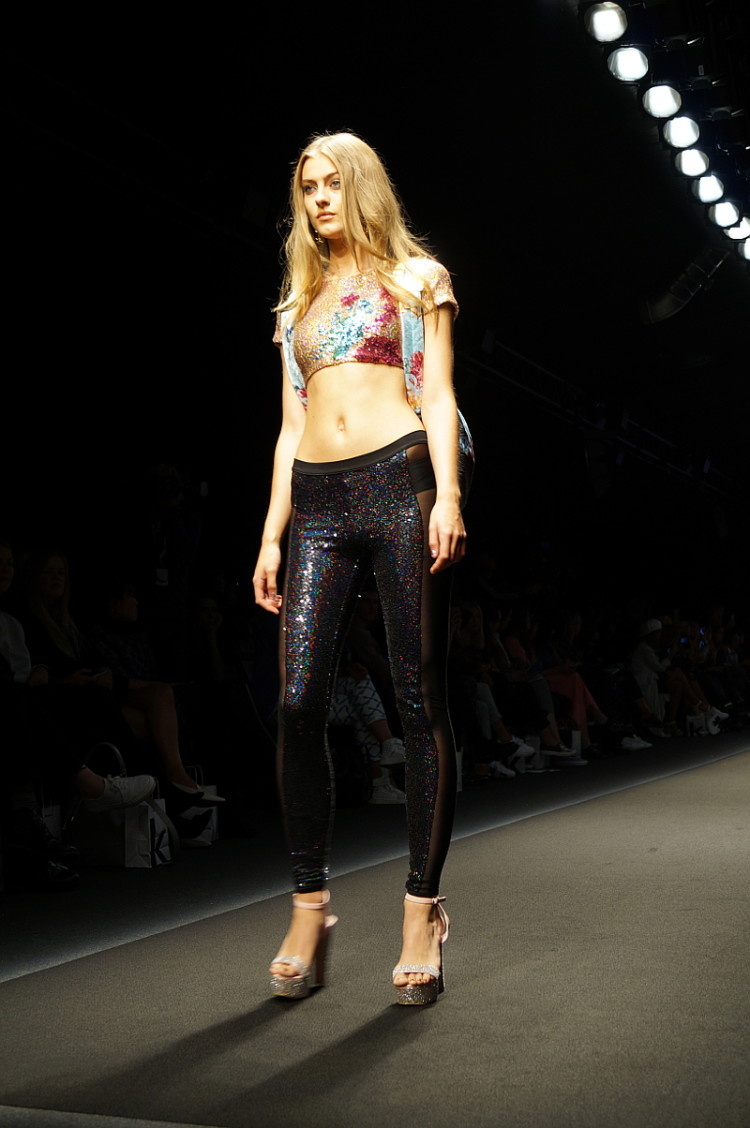 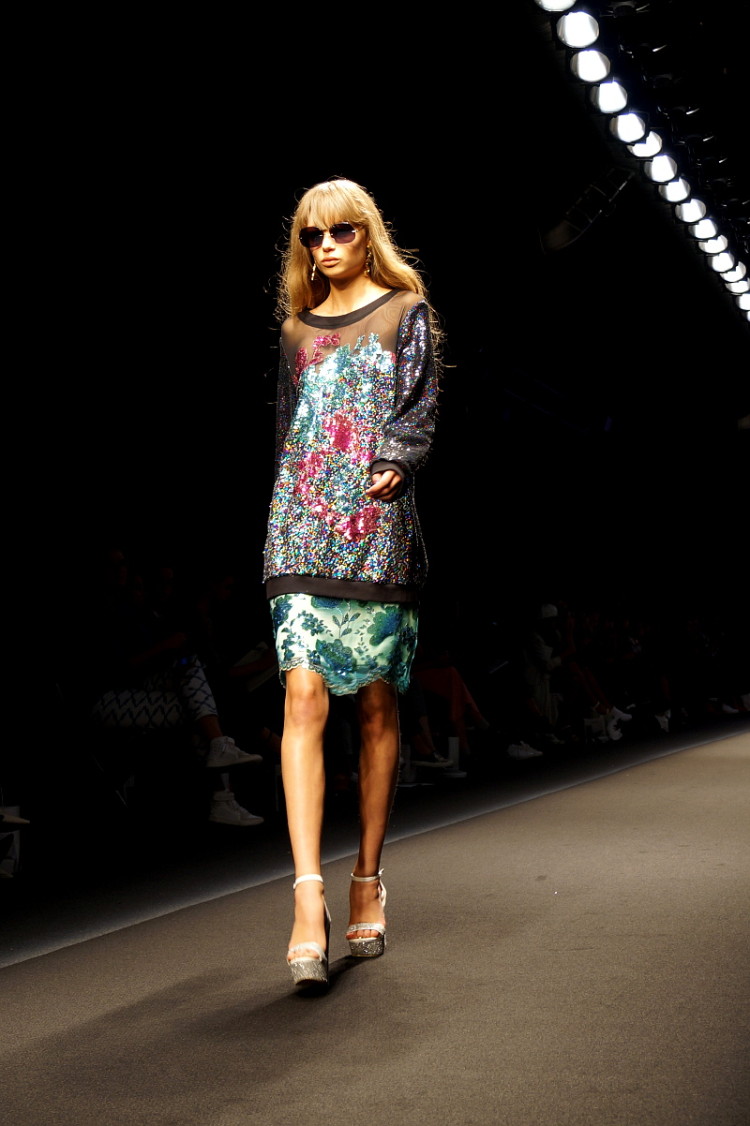 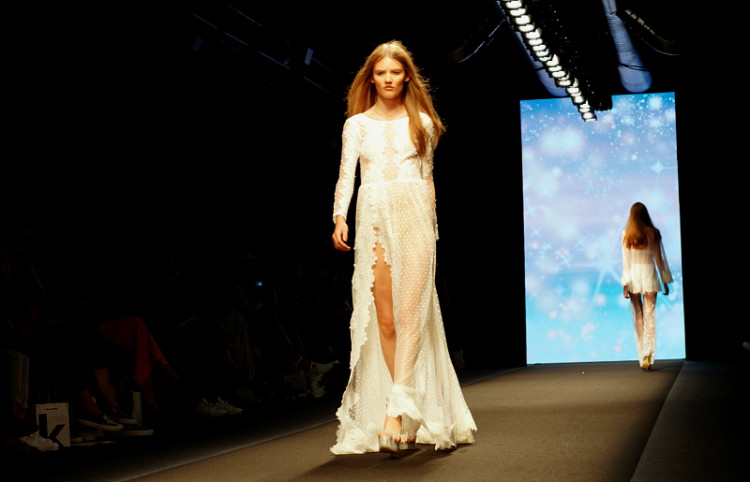