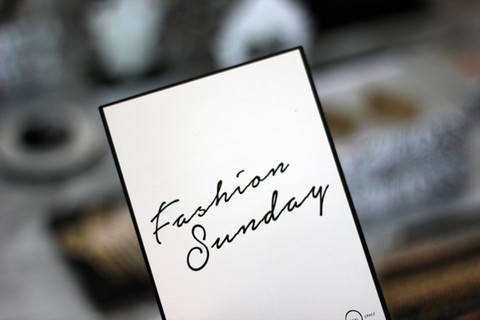 Women in business. It’s a hot, hot topic at the moment, and rightly so – thanks to the Emma Watsons, Caitlin Morans and Lena Dunhams of our generation, the issue of the female gender in the workplace has become a headline issue. Particularly women and entrepreneurship; women reportedly make up less than a third of those in self employment (link), but this recent article on Forbes.com suggests that companies spearheaded by women tend to be more efficient, foster more innovation and utilise available resources to produce more revenue. 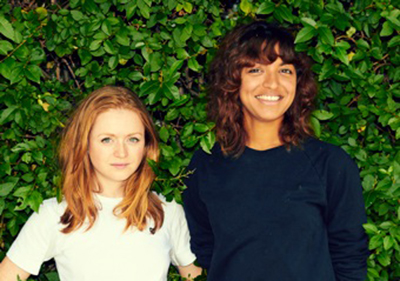 It is, then, an affirming experience to meet two young women who have taken their bright idea and not only made it a reality, but have become a roaring success in the process. Sonia Williams and Tiffany Alwis first met through mutual friends, and soon realised that they had much in common; namely, they were both entering fashion as second careers. Sonia studied languages at university, and then after completing a Masters in political sociology, worked part-time for an engineering firm in the North of the country. ‘I suddenly realised that I was so far from where I wanted to be,’ she says, and so she took matters into her own hands, and began taking short courses at Central Saint Martins in design and pattern cutting. A school friend of hers was working at Meadham Kirchoff at the time, and during fashion week sent out a clarion call for extra hands to help finish the collections. Sonia answered, and fell in love with the creative process. In a light-bulb moment, she realised that this was her real passion. As she says, ‘I’m never happier than when I’m making something, and I have something tangible at the end of it.’ Similarly, Tiffany did not begin her working life in fashion. A musician by trade, she is the ‘part trained, part self-taught’ brains and brawn behind Hellespont, a label that will deservedly get its own post in the near future. 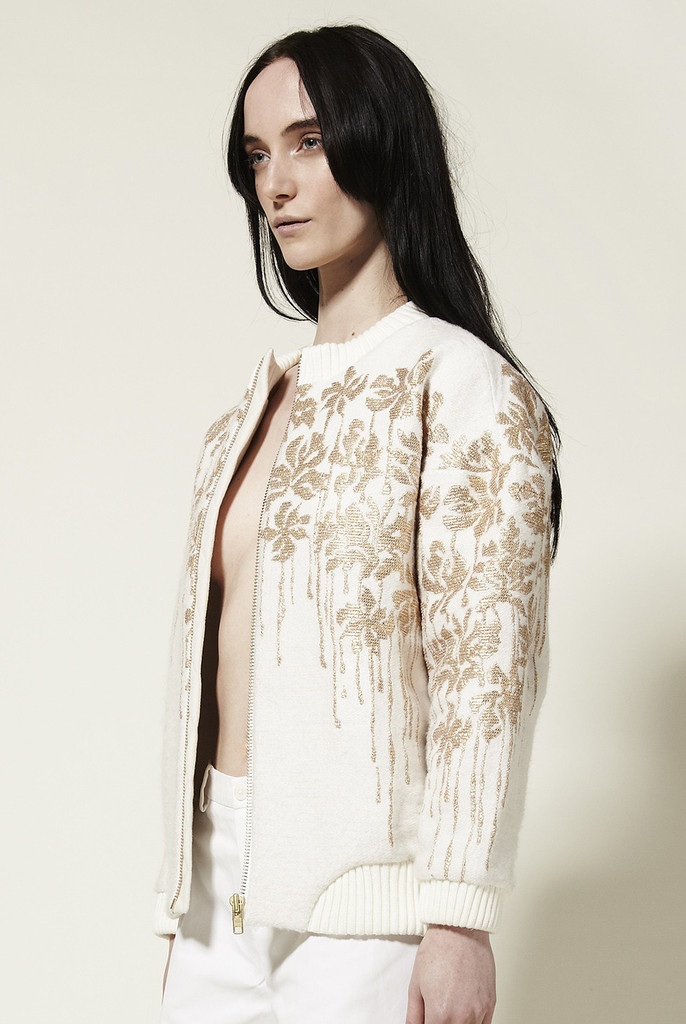 The duo are the creators and proprietors of Fashion Sunday, an initiative that seeks to pluck new, talented individuals and their labels from the chaos of unrecognised designers and give them a space in which to promote and sell their products. Having initially started as a monthly event in February of this year, the girls have now decided to make Fashion Sunday quarterly, in order to more effectively curate and set up each event. Both Sonia and Tiffany agreed that the June and October editions have been their best to date, feeling that these most effectively represented what they are trying to achieve via the initiative: offering small labels a major opportunity to not only show their designs, but also to build brand loyalty, and meet others in their industry, making valuable contacts that they might otherwise have never been exposed to.

The events take place at Oval Space near Bethnal Green, and show a fantastically varied and disparate group of designers – in the best possible way. Both girls profess ‘geekiness’ over the subject of unknown design talent, and found the labels they display through such avenues as via friends of friends. However, Fashion Sunday is now at the point where the girls are the ones getting the calls and emails. ‘It’s such a relief,’ Tiffany says. ‘Doing it quarterly and not having to make so many of the calls frees up some of our time to focus on Hellespont, as well as making Fashion Sunday what we really envisioned it to be from the start.’ 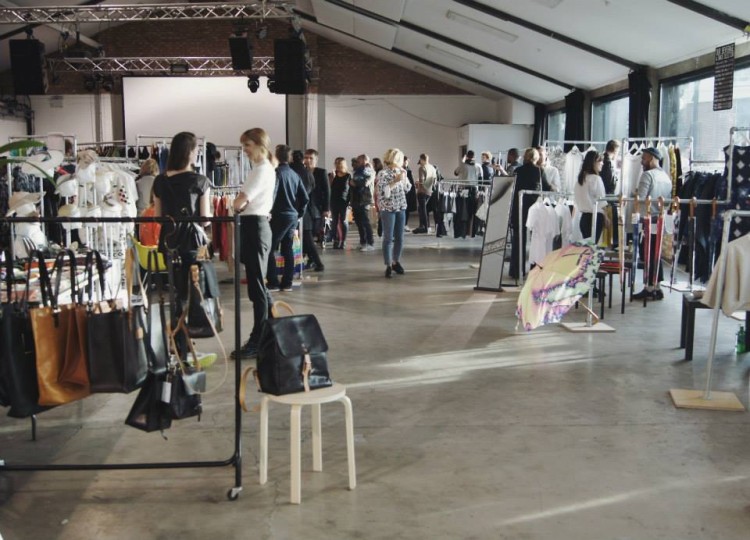 Over 100 labels have now shown with the girls, and one might imagine that the initiative is almost self perpetuating at this point. Not so, of course: the larger Fashion Sunday gets, the more obstacles the girls must overcome. The girls profess that some days are so difficult that thoughts of packing in the whole endeavour cross their minds. Fortuitously though, they never seem to feel glum at the same time, something that contributes to their unbreakable partnership. As Sonia says, ‘We work together, socialise together, and at the moment we live together…’ If something were going to give, it would have done well before now. Their combined knowledge of business from a handful of years spent in the corporate rat race helped them secure their funding from the BFC, and keeps their ideas practical and attainable. Indeed, a testament to their passion and belief in the labels they show is evident when I ask them to pick a few favourites; they simply cannot do it, despite the lengthy roster to choose from. In short, theirs is a working relationship that could not be more fruitful. 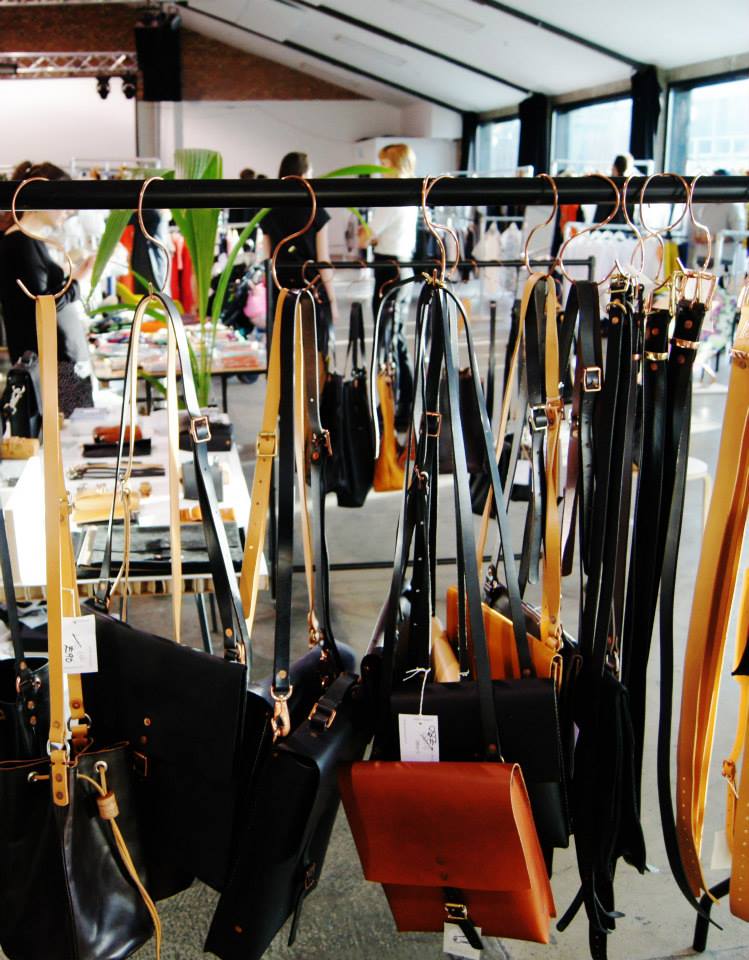 The next Fashion Sunday is the weekend of 13th and 14th December at Oval Space. You would be a fool to miss the opportunity to invest in some pieces from designers who are sure to go stratospheric in the not too distant future – call it an early Christmas present from yourself to yourself. You deserve it.