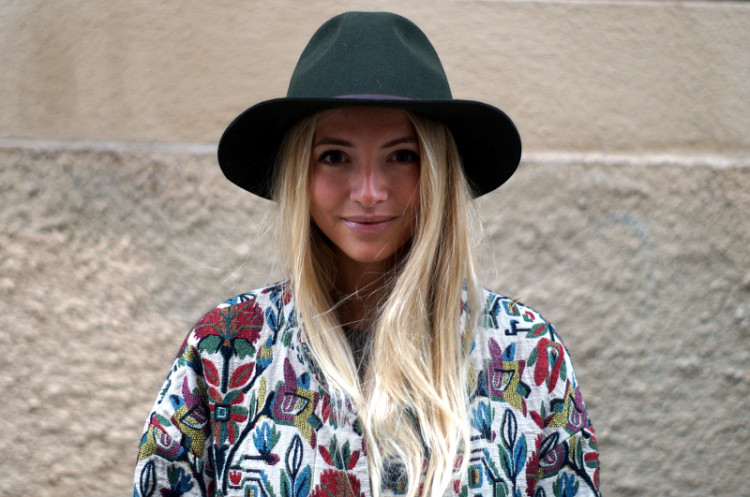 I have a certain amount of respect for regular hat wearers. I truly believe it takes courage to leave the house in a hat – like it take balls to wear gem-encrusted lip art, tattoo your face and to commute aboard an adult scooter. Far too many times have I left the house with the most fantastic headwear on, only to take one step out the door and chicken out. I end up removing it from my head as soon as someone glances in the general direction of my head.

Considering that I frequently bowl around in bright coloured tailoring, it’s odd that a hat should reduce me to a self conscious mess, but hey, there you go – they always have. And yes, we’re not talking Philip Treacy numbers here, my hat phobia extends to beanies and caps too. I know. It’s ridiculous. 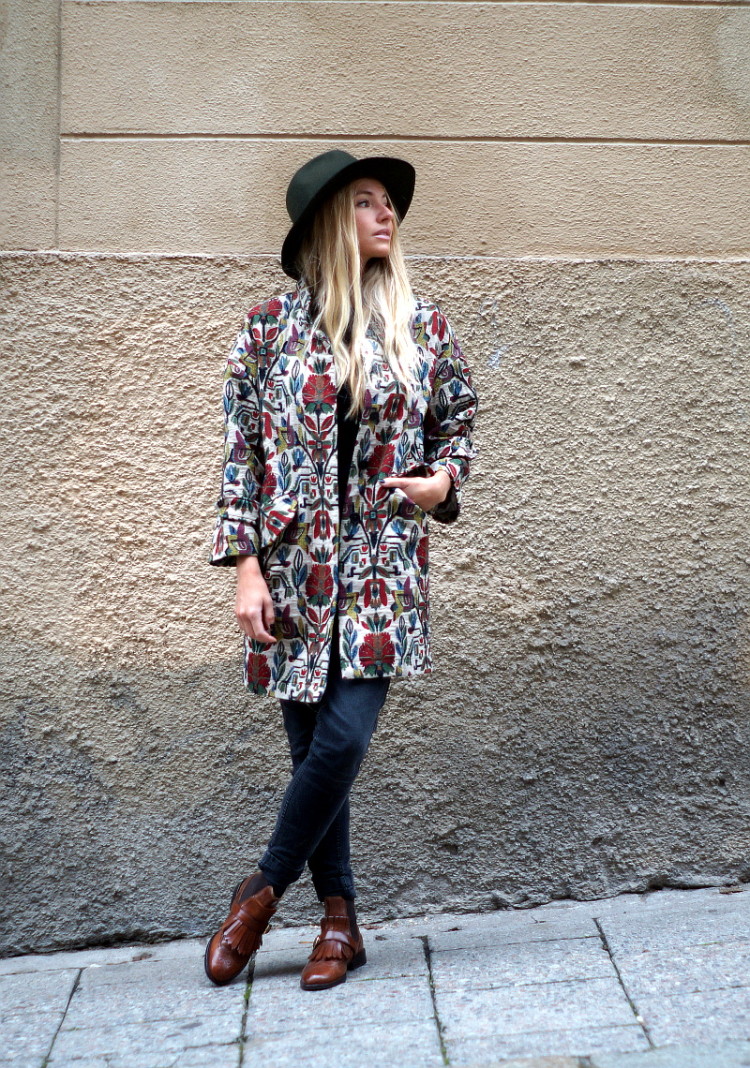 Why the change of heart? Other than YOLO, I realised that when I stare at peoples heads it’s because I am admiring them. It’s pretty unusual for me to stare at a car crash outfit, I prefer to stare at the good stuff. So this is my vain attempt – quite literally – to be “the good stuff”.

That, and it’s Baltic at the moment. 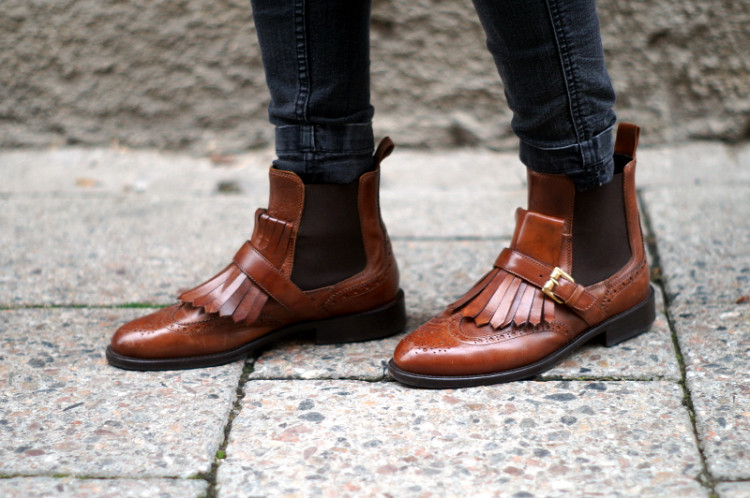 So said fedora hat is from Brixton –  I fell for the autumnal green felt and leather band – and I bought it from this awesome store in Stockholm called Grandpa, so Swedish residents you can get it there (or here for that matter).  My fringed ankle boots, which I am totally and unabashedly obsessed with (they have their own shelf in my shoe cupboard, that’s how much I love them) are from Russell & Bromley – I swear this brand can do no wrong in my eyes. 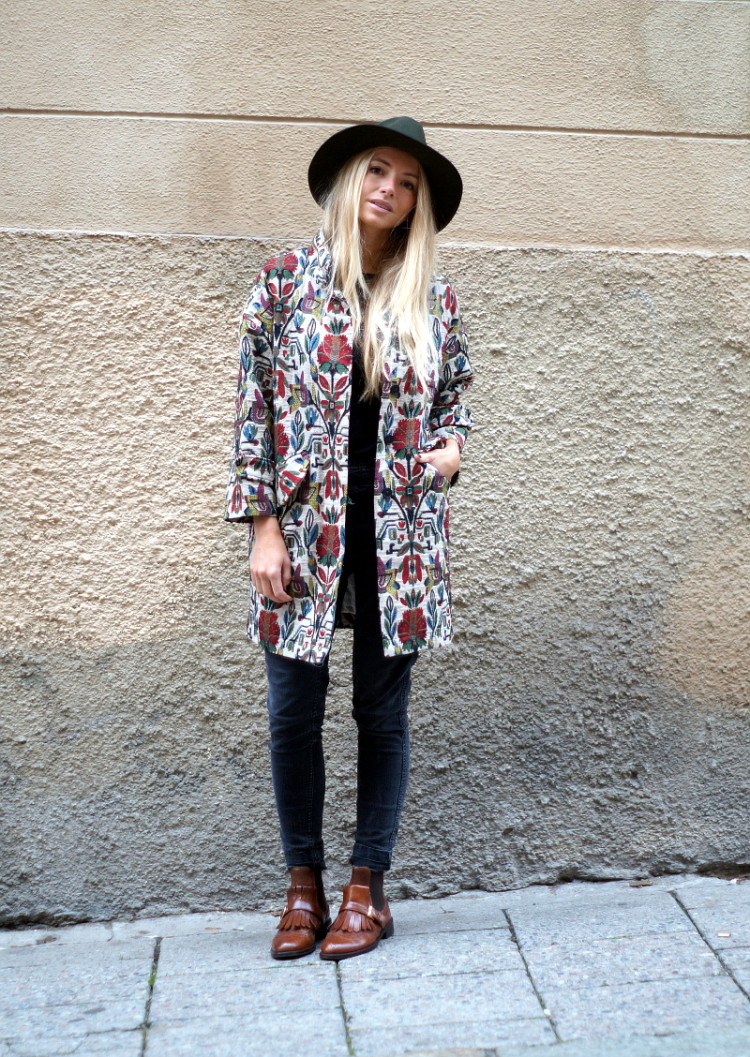 This autumn themed coat, which camouflages me in any forest setting is from Zara, but it’s last season, so they don’t have anything similar in stock at the moment. Never fear though, I’ve had a shop around and here are some that are similar (sort of).