A quiet romanticism descended upon the warehouse space above The Old Sorting Office where earlier during Day 1 of London Collections: Men we heard pulsating music for the likes of Topman Design. Jonathan Saunders needs no fanfare, his golden touch is applied with a subtlety that best suits an intimate presentation setting where attendees can admire his attention to detail and intricate graphic prints.

Saunders showcased his SS15 menswear collection alongside Resort, the Scottish designer has after all always been fascinated with the way women’s and men’s wear sit together. Quoting 80’s early interiors as the source of his inspiration, the collection was lit by large white glowing orbs suspended from the high ceiling, giving the vast setting a Space Age mood.

Dewey faced models wore a palette that appeared to take us from from dawn to dusk – with glowing orange, ombre and bronzed tones comprising the initial looks and foil-like silvers, deep blues, metallic aquamarines and black concluding the showing. A day in the life of Saunders is wildly poetic, with a sensitivity reminiscent of Christopher Bailey’s AW14 performance at Fashion Week. Pollock like prints, horizontal graphic lines and subtle pleat details  affirms that the knitwear designer is a force to be reckoned with on the London fashion scene and if there was one collection that stood out, without a doubt it was his. 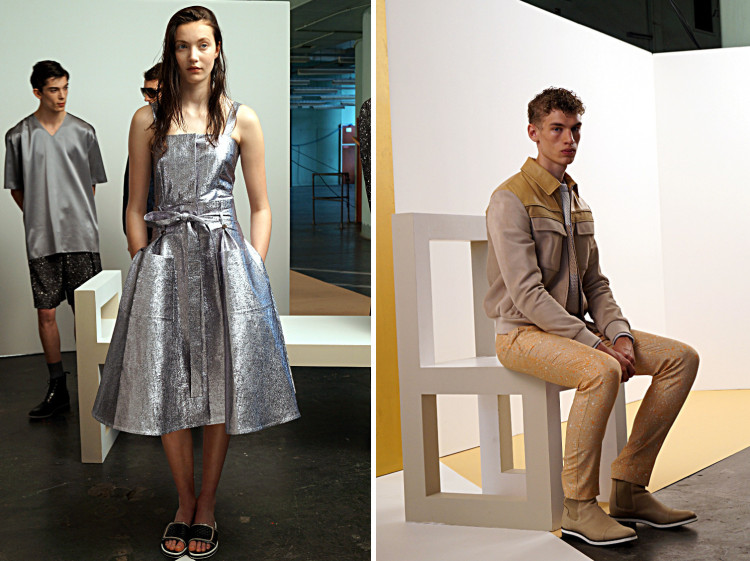 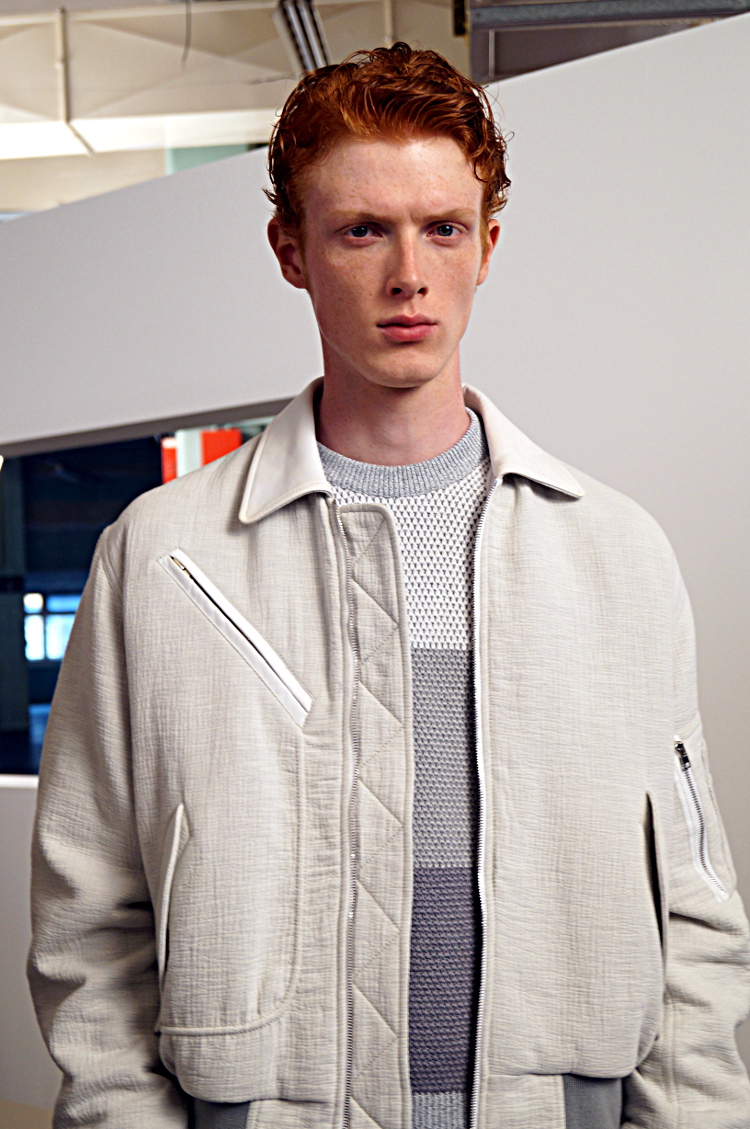 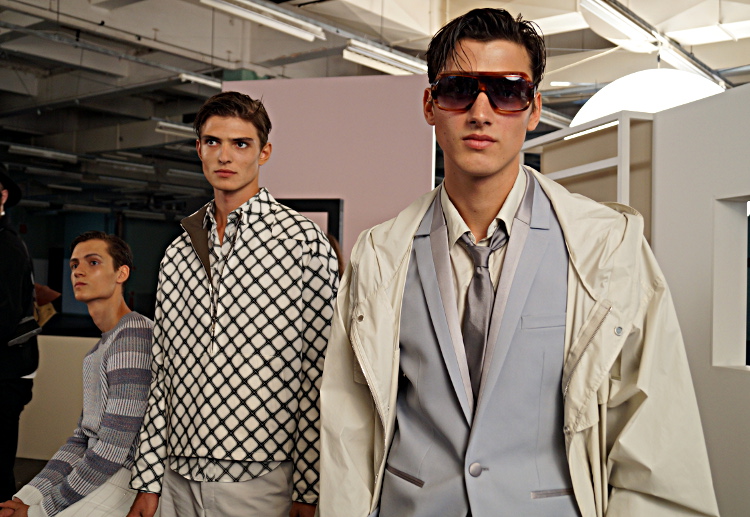 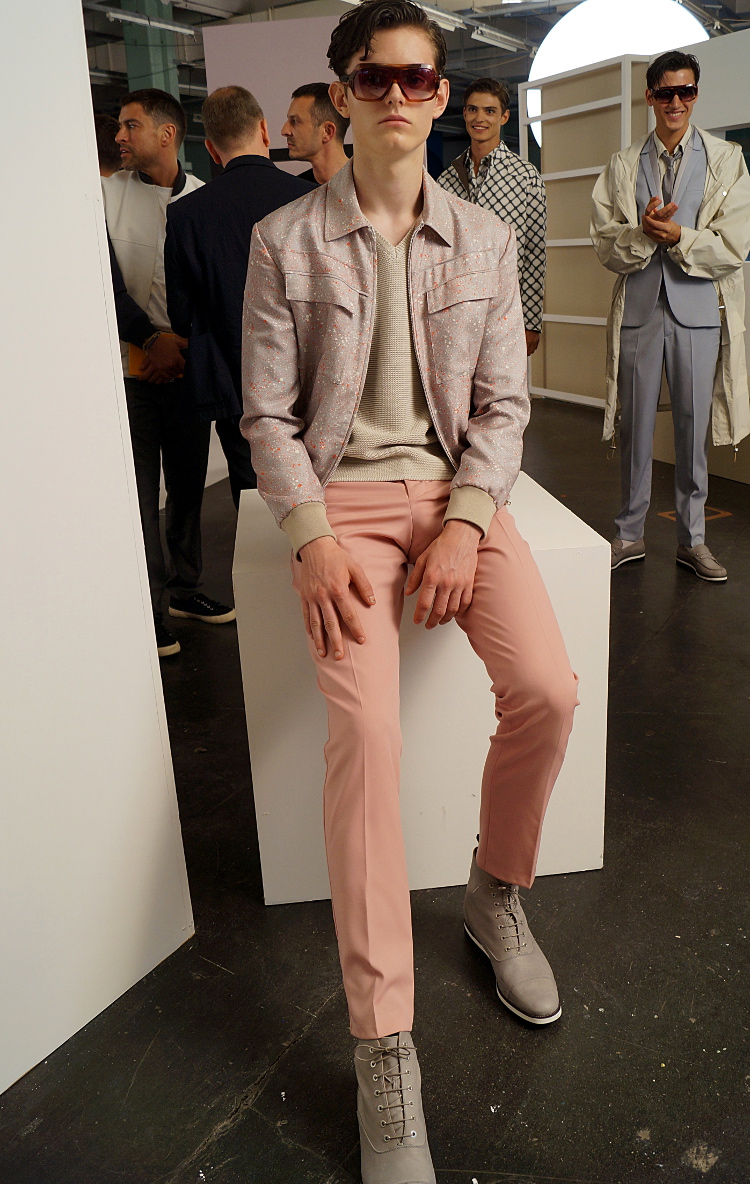 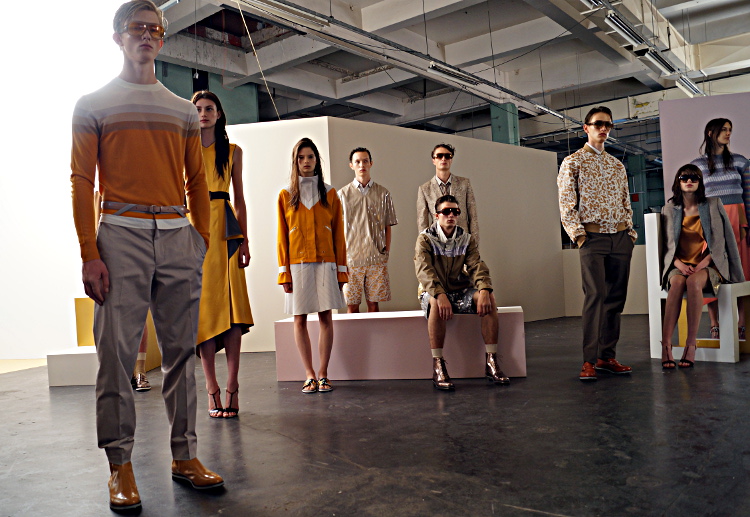 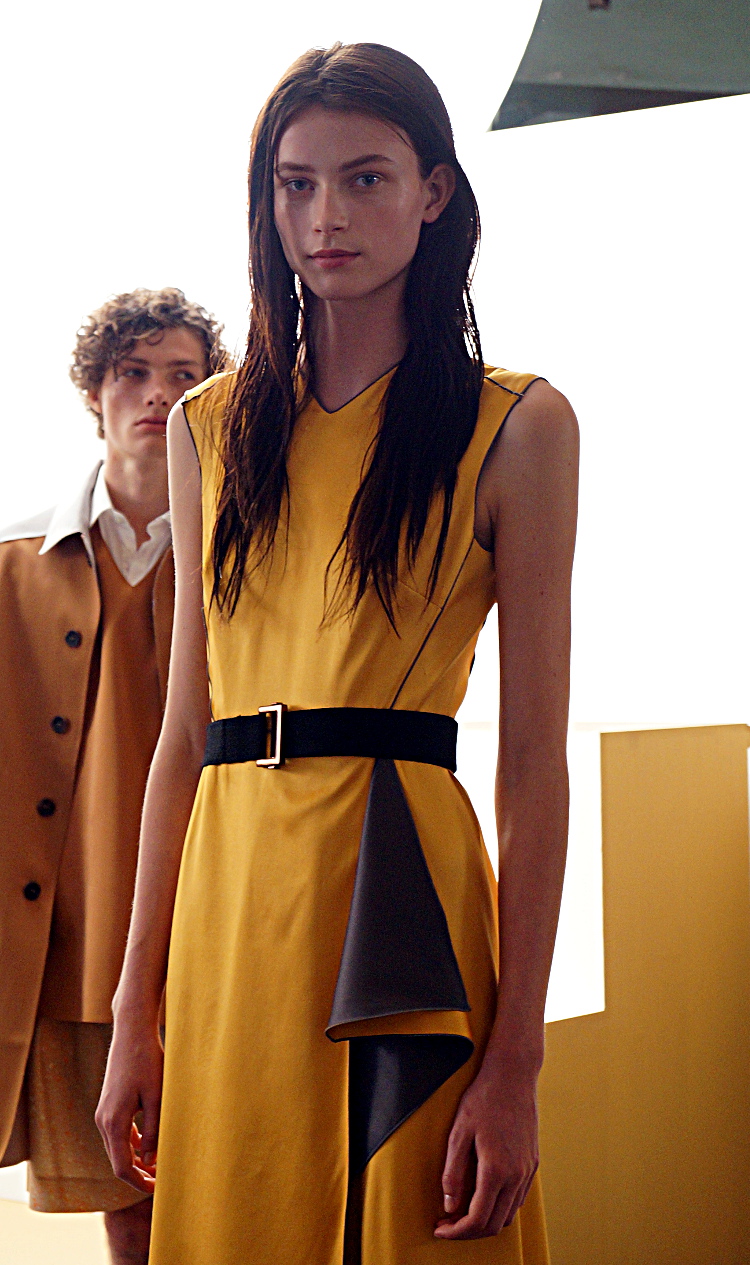 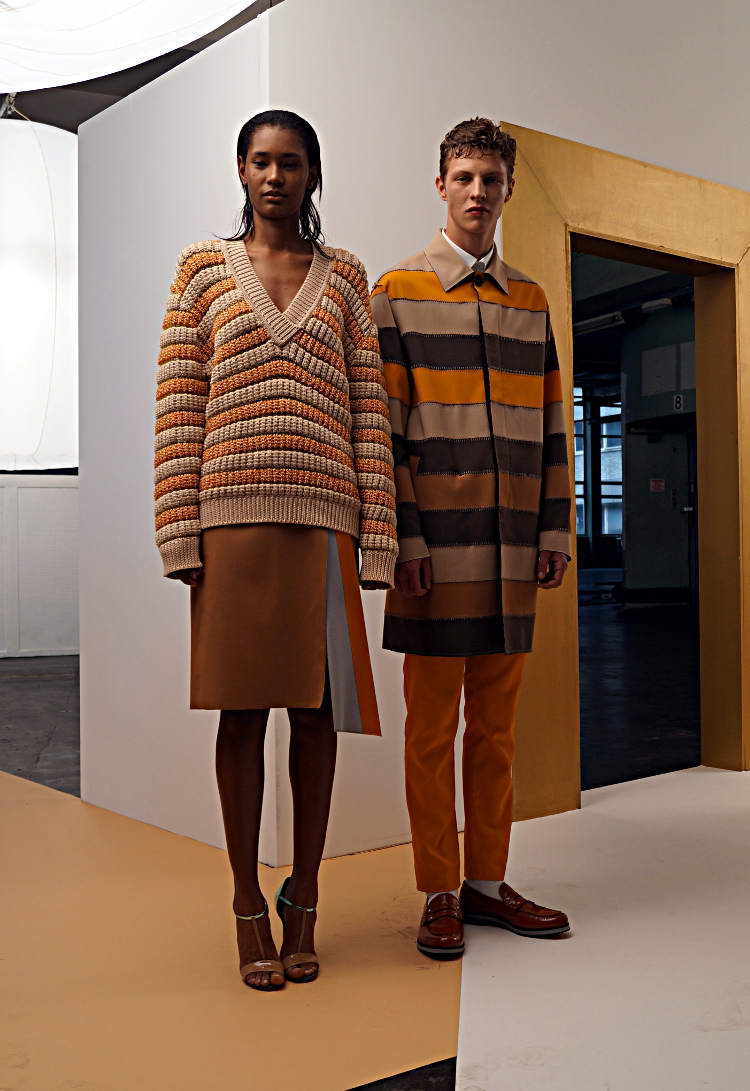 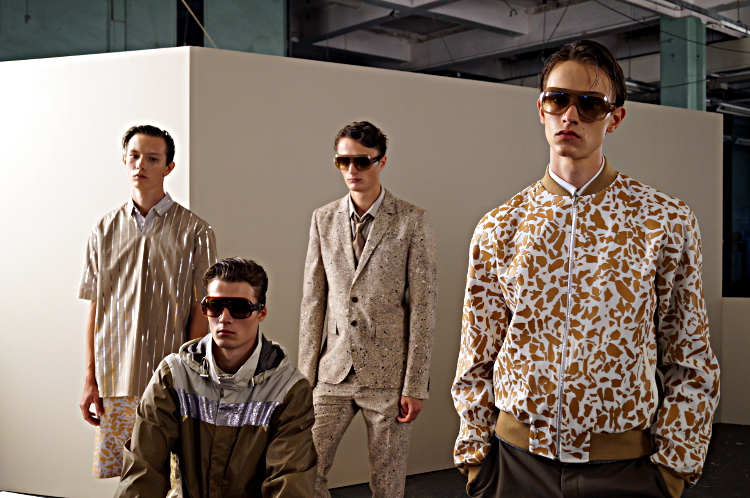 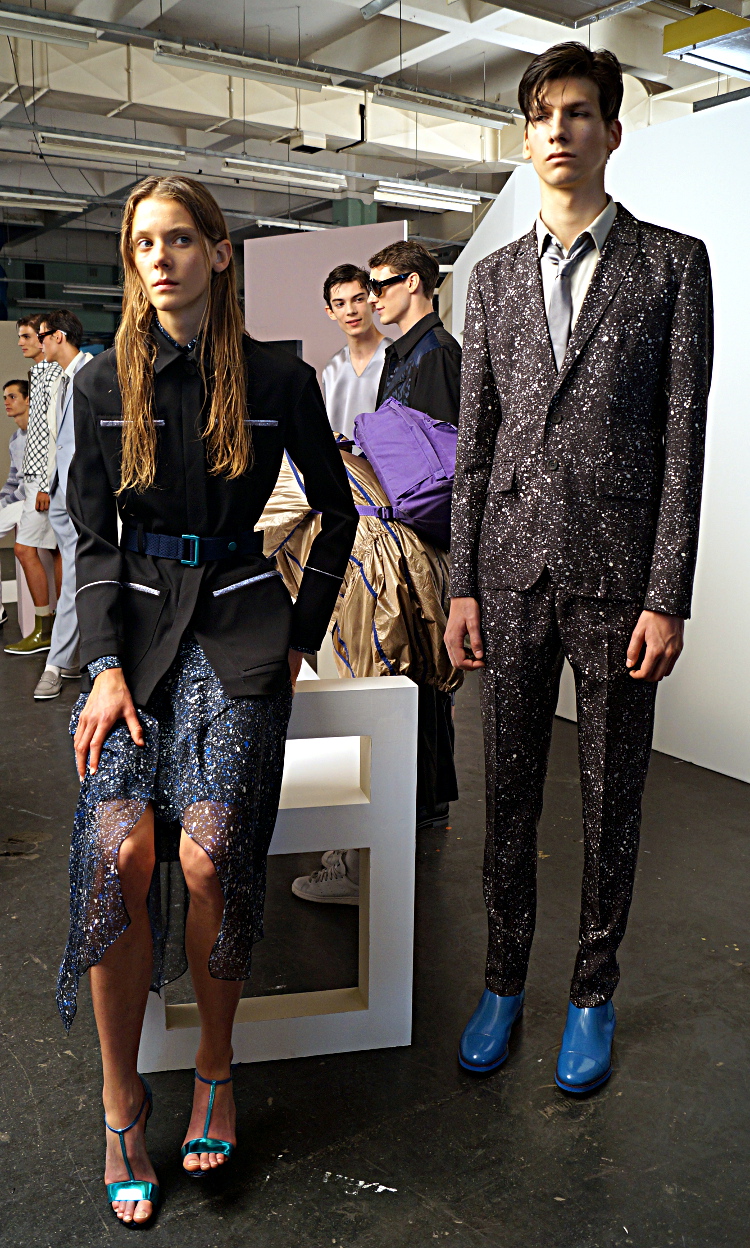