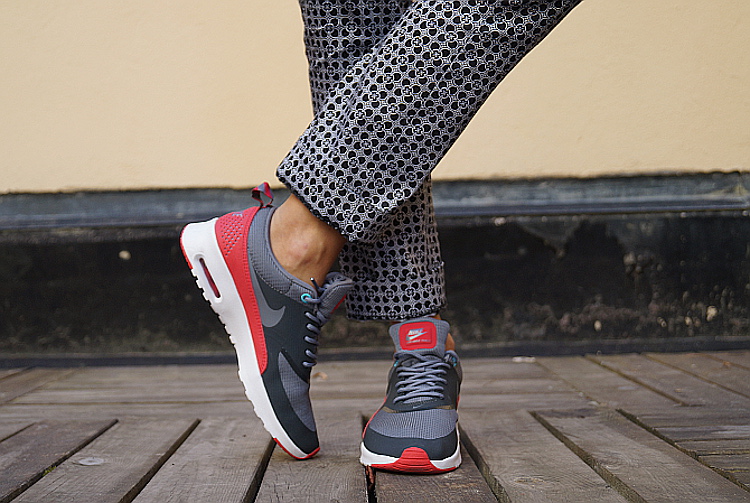 From January until June this year my monochrome Nike runners were to my feet what bacon is to syrup – a match made in oh-so-good heaven. My trainers were my significant other – I could take them anywhere and loved showing them off. They were as happy going to the movies as they were to a meeting, I knew they would beguile crowds at formal functions as quickly as they would blend in at the park with my friends. They were perfect. But then, I wore them so much that they slowly began to disintegrate – it was subtle at first, a hole at the heel, a fraying shoelace, a slight whiffy odour when I removed them at the end of the day, mud stains that wouldn’t budge – sigh. I had worn my dear friends out, and it was time to put them to rest in a shoe box in the closet, where they would stay until “comfy walking shoes” were required.

A creature of habit, I did not look for a replacement pair from a new brand (that would be far too adventurous), instead I returned to the sneaker store to get a pair of Nike trainers that were virtually identical – albeit differently coloured – to my last pair. Cue today’s look styled for cocktails overlooking Stockholm.

What am I wearing? My prized Nike Max Thea’s, a pair of Topman ultra skinny dress trousers I bought whilst in London last week, an itsy-bitsy-teenie-weenie bandeau top from Urban Outfitters and a boyfriend blazer from Topshop. 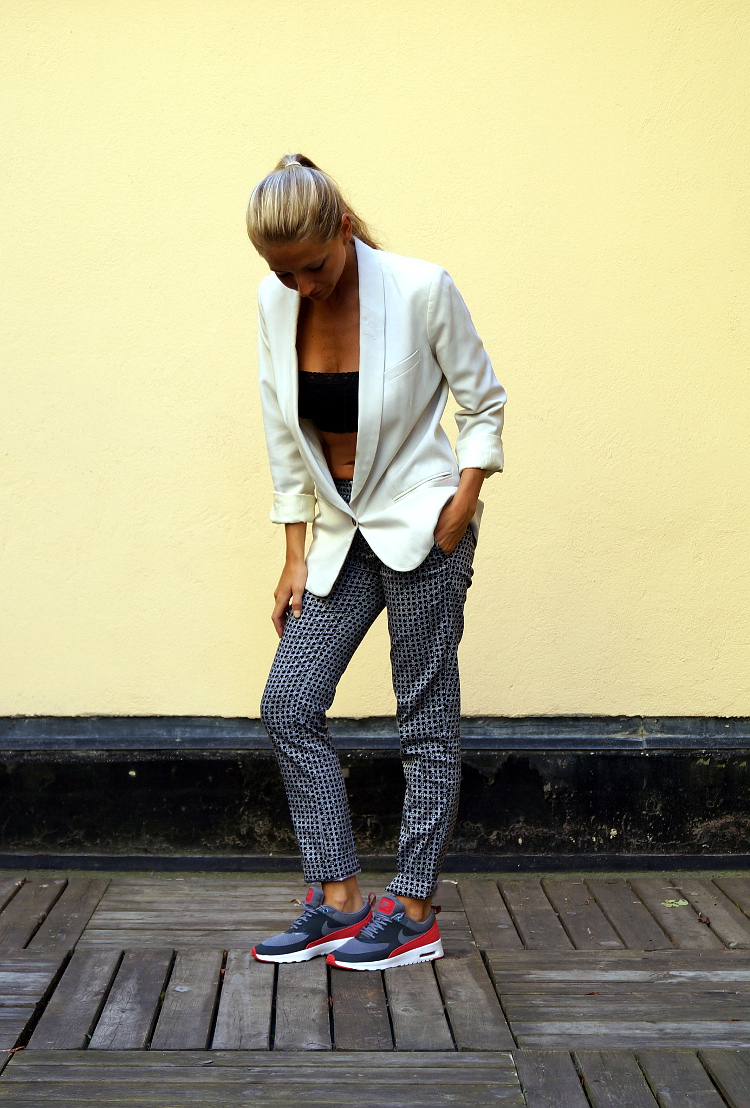 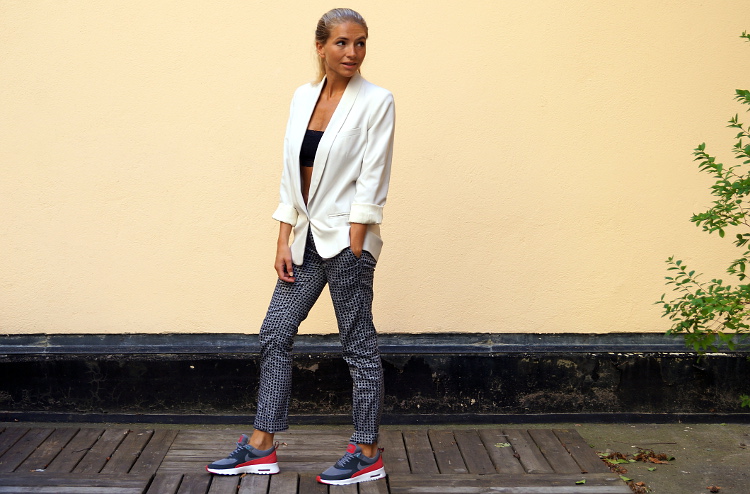 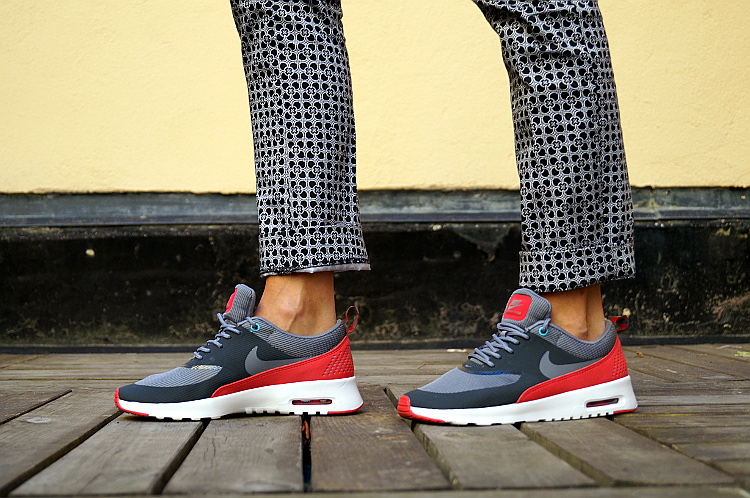