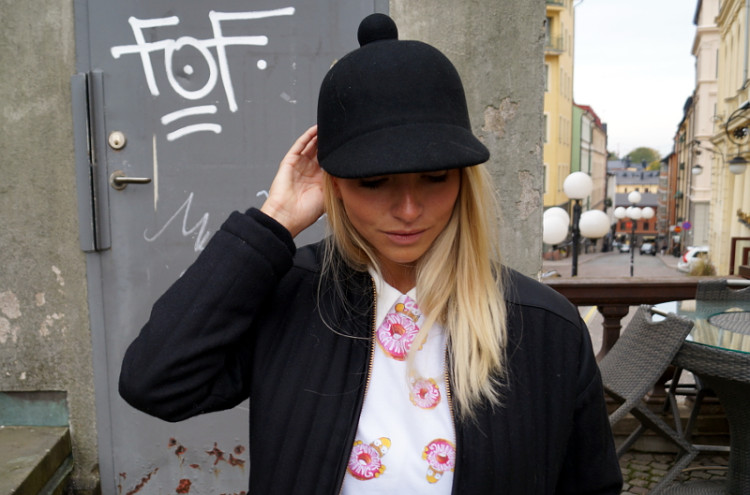 I know it’s Baltic outside,  but I got a slight tan in Morocco and I’ll be damned if I don’t get to show it off a little! So here I am, in today’s look – a mixture of Fall favourites, unisex pieces and menswear inspired garbs – Oh, and Homer Simpson, but we’ll get to that.

There’s a trend that’e been brewing in fashion for a while now – Moschino of course has been leading the way – it’s that tongue and cheek, guilty pleasure look. Whatever you’re wearing, be it a Big Mac or cereal pack, it’s about being kitsch – in a kind of nonchalant way. Cue, my recent love affair with cool-kid brand ELEVENPARIS. 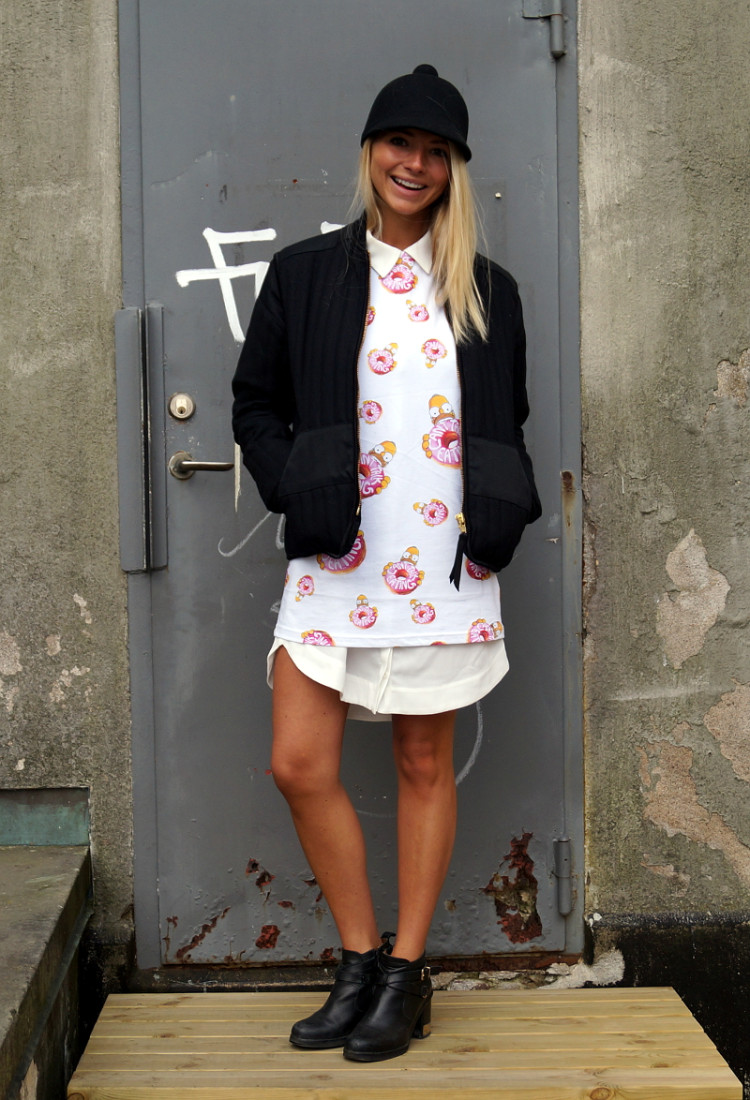 This year, The Simpsons celebrate their 25th year anniversary, so French label ELEVENPARIS offered birthday tidings by means of a pretty awesome collaboration – launched at Selfridges, Colette and Nordstrom. Said capsule collection, comprises of unisex tees featuring all your favourite Springfield characters – in my case this one, featuring  Homer and doughnuts. As they’re unisex, they’re cut to be oversized on a girl’s figure, so I’ve layered mine over a menswear inspired shirt dress by Ozzie brand The Fifth Label. 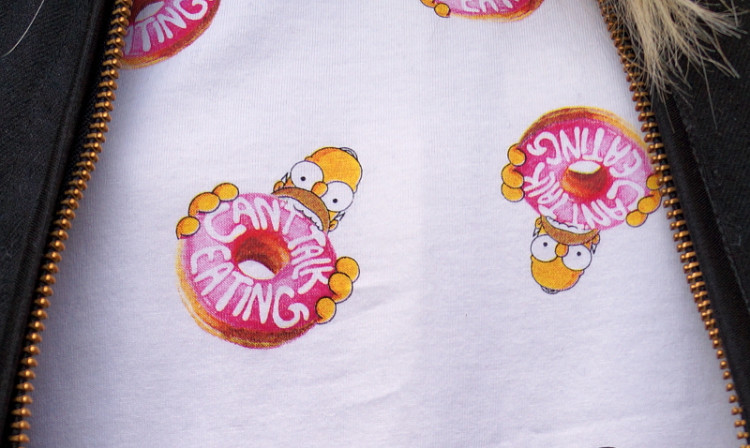 I’m throwing on last season’s WHYRED bomber and booties by Topshop – it is after all only 6*C outside!

If you’ve been lusting after Eugenia Kim’s playful hats, but unable to stump up the cash, this Monki number is your perfect alternative, coming in at a tenth of the price. I mean what’s not to love? It’s a hat with a bauble – no hold that – a nipple! And who doesn’t love wearing a felted nipple on their head hey? (although if nipples aren’t your thing check out this model by ASOS) 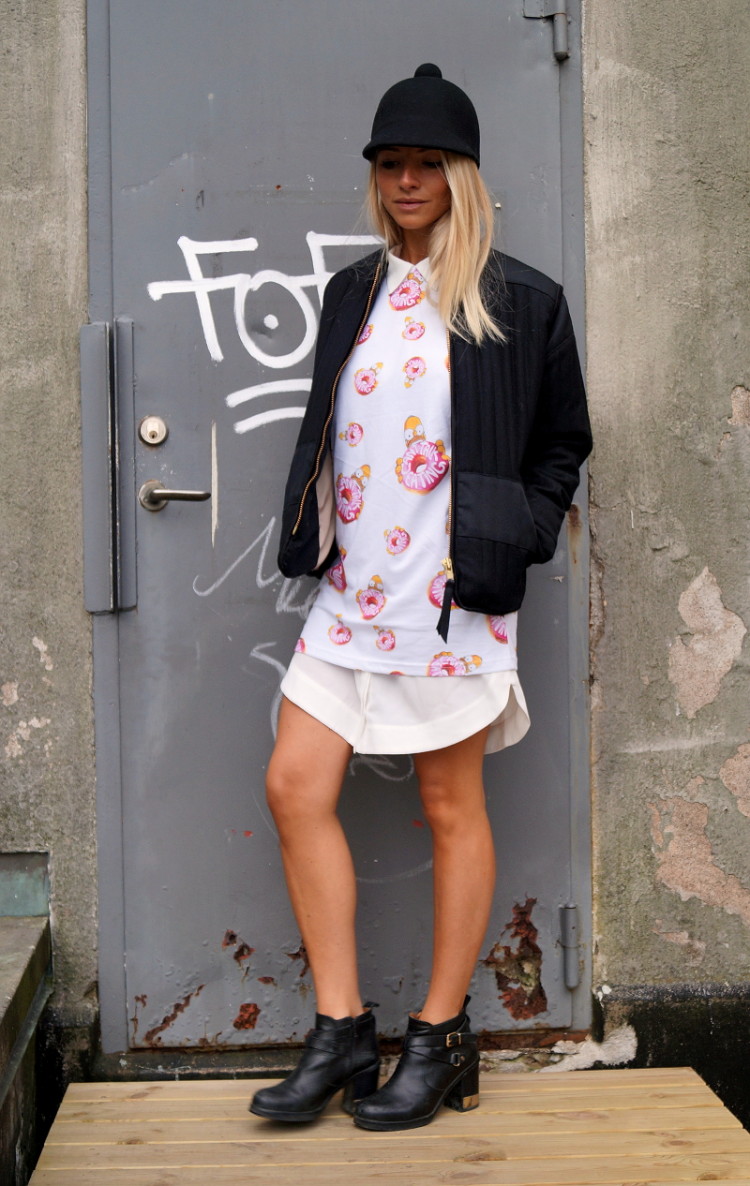 Fancy winning an ELEVENPARIS x Simpsons tee of your own, then follow me on instagram to see find out how!